Jury, consisting of the representatives of science, politics, healthcare and associations representing pharmaceutical and medical device producers, took into consideration candidates’ achievements in the areas of treatment, introducing novel technologies and procedures to the medical practice, setting new directions of development of Polish medicine, as well as influence on development of the legal system, organization and functioning of the healthcare system.

The high, second position occupied by Prof. Henryk Skarżyński reflects his contributions to the progress of medicine including the first in Poland and fourth in the world implantation of the 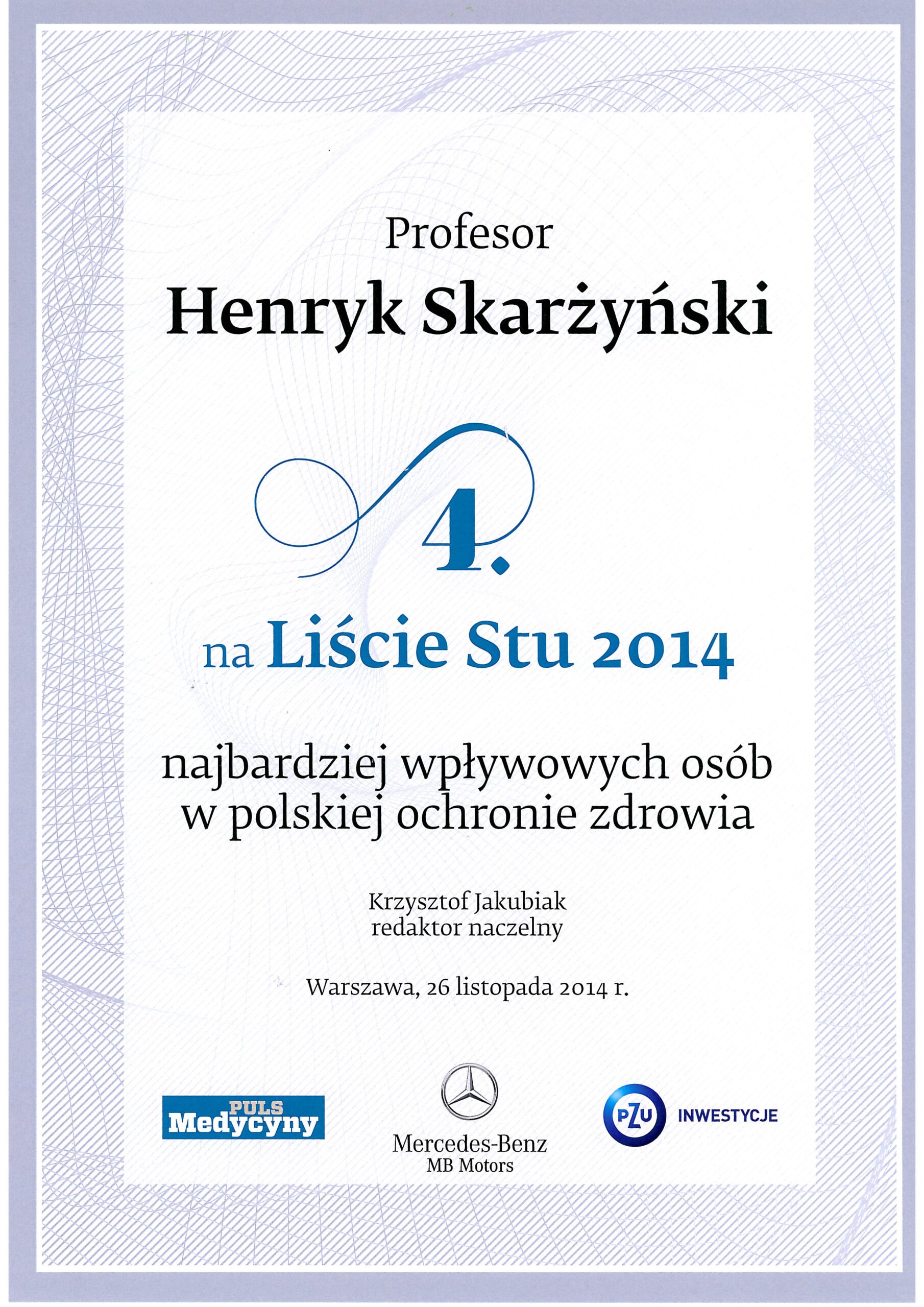 CODACS device and first in Poland implantation of the trailblazing BONEBRIDGE – type hearing implant, constituting a milestone in the development of the program of treatment of various hearing dysfunctions.

In the first edition of ranking of the most influential people in Polish healthcare, the jury awarded Prof. Skarżyński’s organizational achievements and outstanding contributions to the development of Polish healthcare, specifically organization, construction and opening of the World Hearing Center, as well as his ‘Program of detection of hearing disorders in school-age children in Poland and worldwide’.