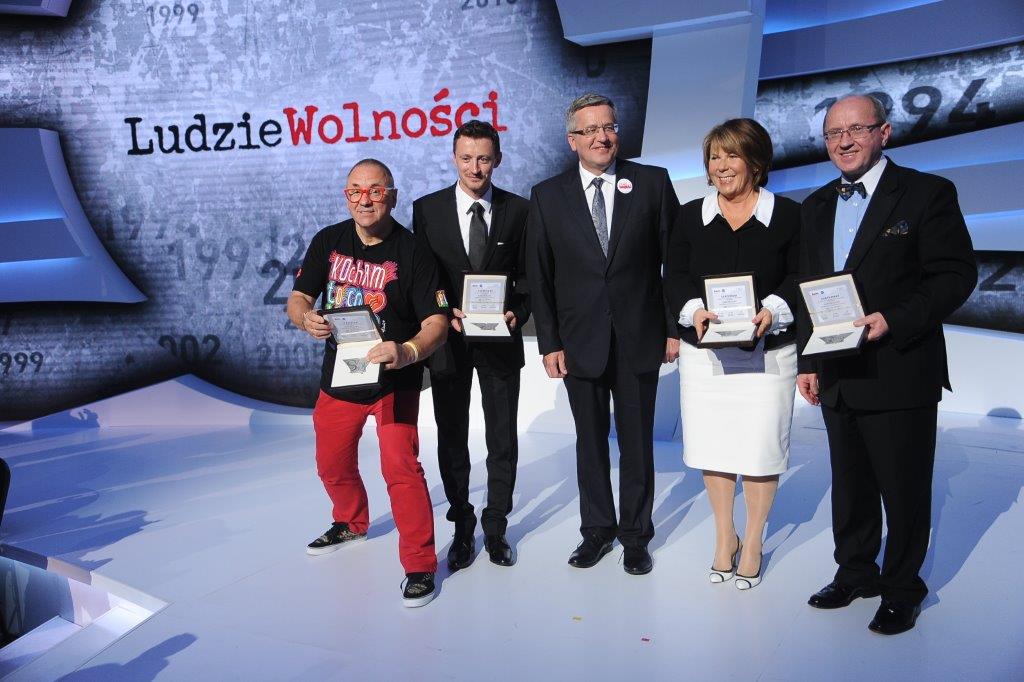 “The People of Freedom” is the title of the plebiscite organized by the TVN television and Gazeta Wyborcza under the patronage of the President of Poland H.E. Bronisław Komorowski. The winners were announced during a gala evening. The laureate in the category of “Science” was professor Henryk Skarżyński. The special prize of Gazeta Wyborcza went to the former president of Poland (1990-1995), Lech Wałęsa. The award was handed over by the editor-in-chief of the newspaper, Adam Michnik.

– The People of Freedom were elected by suffrage – just as on the 4th June 1989, Poles could vote for those who best personify the success of Poland in different fields – said the president Bronisław Komorowski during the gala. – The past 25 years are our golden age.

The viewers of TVN and readers of Gazeta Wyborcza chose people, who become the symbol of freedom, development and democracy in independent Poland.

When receiving the award professor Henryk Skarżyński said: I am glad that scientist were taken into account in this plebiscite and found their place among prominent people who used the chance to be where we want to be, do what we can do and show want we are able to achieve. Many of our outstanding compatriots previously had no such opportunities. (…) At the end of the 19th century in Poland Franciszek Ksawery Jawdyński performed unprecedented oncological operations. Warsaw was then a provincial town of czarist Russia. Although he was a remarkable man, droctor Jawdyński did not gain fame and today few remember him. After the II World War, in Krakow professor Jan Miodoński performed unique otosurgical operations, which at that time were conducted by only few doctors in the world. However, he could not announce their results because he was refused to get a passport to participate in the world congress in Amsterdam. For the last 25 years we have had the chance to be where we want and do what we can. I think a great number of scientists take advantage of this becoming the symbol of Poland and Polish people in the world. I want to thank those who voted for all of us working in different fields of science, (…) because it is the proof that we all succeeded in our ventures!

The winners were announced on Sunday 1st June 2014 at the gala hosted by Kinga Rusin and Bogusław Linda. Among the guests there were: H.E. Bronislaw Komorowski and the First Lady, Lech Wałęsa, Donald Tusk and Ewa Kopacz.