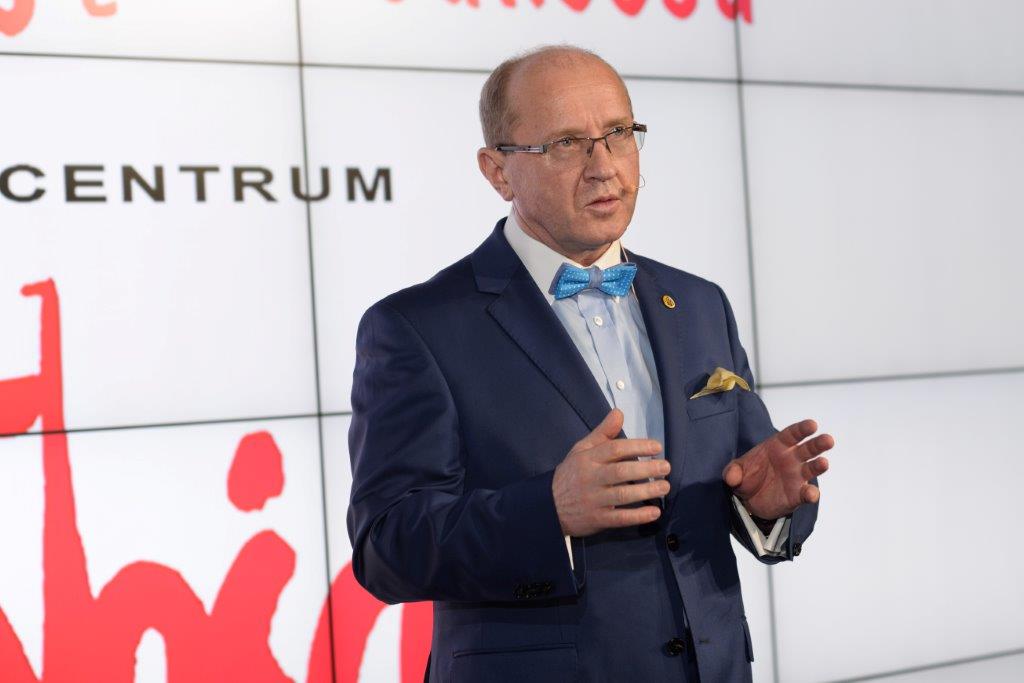 On 16th July 1992, Prof Henryk Skarżyński performed, for the first time in Poland, a cochlear implantation in a deaf person. Since then, the Institute of Physiology and Pathology of Hearing provided its patients with more than 4 thousand auditory implants. Prof. Skarżyński, the man who gave the deaf a chance to return to the world of sounds, and the world famous otosurgeon, has been chosen ‘the Man of Freedom’ in the plebiscite organized by ‘Gazeta Wyborcza’ and TVN television. On this double occasion in Kajetany on 12th July has been organized a family meeting of the ‘Men of Success of the 25th Anniversary of Free Poland’ with patients of the World Hearing Center, members of the Academy of Polish Success, politicians and journalists.

The World Hearing Center, created on the initiative of Prof. Henryk Skarżyński, is the facility unique on a global scale. In this place, the largest in the world number of hearing improving surgeries is performed. Its construction took less than 2 years thanks to the EU Funds Programme ‘Innovative Economy’, and it very quickly established for itself a strong position on the map of the world science. It is best evidenced by the fact, that this year different international scientific bodies entrusted it with organization of four important international scientific congresses.

– We succeeded to create a clinical and research center that is a lasting achievement of the last 25 years – said Prof. Henryk Skarżyński welcoming the guests. – We may be proud that we created something so unique. What’s more, we were able to make it without obligations and commands, just through the work of people who today may proudly say: “we are the men of success”. It is important that we learn to think of ourselves this way. This was, by the way, the aim of the Academy of Polish Success established 14 years ago. For Poles often do not know how to enjoy their achievements – added Prof. Skarżyński, who is the President of the Academy of Polish Success Foundation.

– The World Hearing Center if the best place to promote Polish achievements – underlined Prof. Michał Kleiber, President of the Polish Academy of Sciences, who on the occasion of 25th anniversary of free Poland was honored with a Golden Medal with Diamond of the Academy of Polish Success in the recognition of his extraordinary service to science. – We want people of success to be perceived in Poland as exemplars. We want to teach people to enjoy not only their own achievements, but also the achievements of other people. This was we will add a small brick to building up our yet small social capital.

– Today, when ‘politics’ does not always sound proud, it is an honor to congratulate the authors of this great success and Polish transformation on behalf of Polish government – said Vice-Prime Minister Janusz Piechociński, who participated  in the family meeting of ‘Men of Success of the 25th anniversary of free Poland’.  – With due appreciation of what we achieved so far, I call on you to be the forerunners to tomorrow success. So that in 25 years you will be able to say: Poles can, Pole sounds proud!

Prof. Michał Kleiber, President of the Polish Academy of Sciences – Speaking about Polish achievements, appealing to patriotism, we should not forget that we are a part of European Community. Working on a team of one of European Commissions has taught me to think about the foundations of this community, and also about its goals, to share the thought ‘what is the future?’. It is important, as Europe faces a great challenge. It will succeed only is all member countries, including ours, large and important, will be the country of success. It will be possible when our people, our enterprises will be successful and we will all celebrate this success. There is no better place than the World Hearing Center to spread this message.